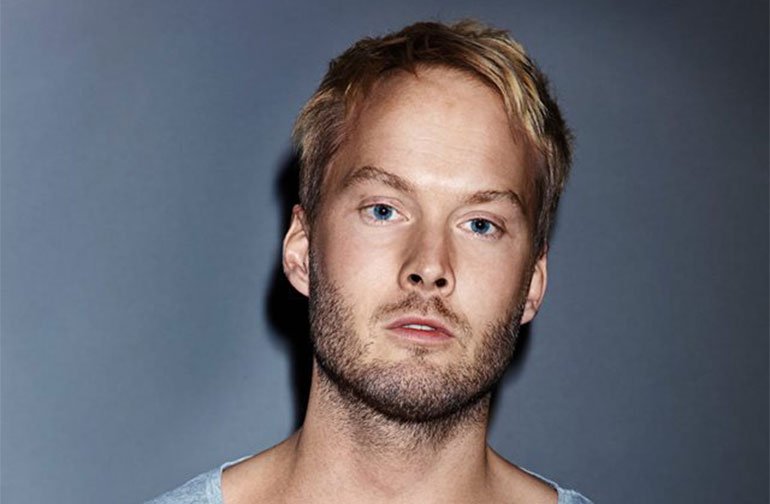 Eclectic DJ, producer and pianist Rasmus Faber has been hitting the electronic music world with some massive projects in the last 12 years. Hes got his name on some remarkable projects such as: Get Over Here, Never Felt So Fly, Ever After, Are You Ready, Everything Is Alright and his latest creation Hideaway amongst others.

Hailing from Sweden, Rasmus Faber has established himself as one of the most-sought after artists, armed with his unique take on House music, drawing inspirations from Jazz, Latin, Soul, Pop and Classical. Along the years he has been on the radar of some top labels, having signed releases to: Defected, King Street Sounds, Ambient Domain, Ibadan Records, Ego and his own Farplane Records.

Aside from producing some exhilarating originals, Rasmus Faber has also become known for his heavyweight remixes for: Axwell, Deadmau5, Kaskade and Junior Jack amongst others, whilst also landing high profile collaborations with Lenno and Kaskade.

Weve had the pleasure to sit down with Rasmus for a quick chat about his musical vision, top-notch projects and future plans.

Hi Rasmus, thanks for taking the time to talk to us today. What are you up to at the moment?
Hi, thank you! At the moment Im diving head on into a really exciting project, writing the full score for a Japanese anime TV-series. Ive dreamt on writing music for film for a long time, so this is definitely an exciting step. Massive workload though, not much time for anything else this summer!

Which part of the world do you call home?
I live in Stockholm, Sweden. A great place to be as a creative person I think – lots of really talented people, and small enough city to be convenient for all sorts of things, but big enough not to feel isolated. Before people start contemplating moving here I should probably mention we consider 12 degrees and sunny and summer day, and its dark for about 6 months of the year. I also spend about 1-2 months every year in Japan touring and working, so thats kind of like my second home.

You are quite a multi-talented artist, being a musician, producer and DJ. How do you find the balance between these three?
I kind of don’t actually, its a constant struggle, and theres never enough time in the day. I wish I could have a bit more organized balance, but its more like Im shooting from the hip sometimes. Im having fun though!

How would you describe your current sound?
Im sort of searching for my sound a lot. The defining features of my sound are the musicality, chords and melodies. Whereas the sound of dance music, or how the whole dance scene influences me, makes the process of combining these things a bit tricky. Im kind of always looking for ways to squeeze musicality into sounds that excites me, which can be a real challenge.

Where do you draw your inspirations from and how do you incorporate the different genres within which you are active?
When you work with so many different genres, and have been active for quite some time, your musical palette becomes really big, with tons of colours. Thats truly a blessing and a curse – although it is exciting, its also pretty hard to navigate.

So these days I feel I have all the inspiration I need coming from within, but sometimes I hear a new, great song by someone and I get inspired by the focus and clarity behind that track kind of.

Your resume boasts diverse venues and events ranging from clubs to Jazz Festivals. How do you manage to stay relevant to these two worlds and how much would you say you need to keep them separate in order to succeed in both?
Haha, apologies if it sounds boastful, you know how resumes are. Well, I think staying relevant is one of the trickier things actually, especially if you do many things all the time. There definitely needs to be a certain amount of separation for that, on the other hand, many cool creative things can come out of mixing genres too. There are also the factors, focus and time, so Im trying my best to just keep the different balls in the air and giving them each the concentration they need.

How is your approach different when working with your bands as opposed to your gigs as a DJ/producer?
Its really, really different. Both require preparation. Live gigs are very demanding when you make them, on the other hand, live shows are usually a bit more forgiving in terms of what is considered a good night. As a DJ, the technical aspects of the performance are easier, but you have to navigate through the vibe of the crowd sometimes hours on end, and lots of factors play into the vibe of the night which you can’t control, but you still have to put all your energy into it and adjust.

You’ve achieved a number of high-profile feats along the years. Which one is the most memorable?
Im not much of a looking-back type of person, so I tend to forget the magnitude of memorable moments. Some gigs have been absolutely amazing, as have some studio achievements, just nailing a track perfectly. The other day I thought about how this kind of instant hype you get these days if youre lucky with a track, and the satisfaction that gives, wasn’t really there when I started around 2003, so some of my earlier successes grew on me more than hit me directly, simply because of the slower speed of information. I actually think that might be a good thing, its easy to get caught up in short term stuff.

You have recently released your new single Hideaway. What can you tell us about it?
Its a bit of a departure from the stuff before it. I had a couple of years of playing and producing pretty high energy stuff, kind of EDM that I tried to fill with as much musicality as it was allowed (which sometimes wasn’t as much as I would have wanted). But recently I felt, perhaps like many others, a need to go a bit deeper and more contemplative. But for me, this doesn’t really mean going into Deep House, because Im still kind of a sucker for big chords and quite a lot of information.

So for Hideaway, I embraced the more filmic side perhaps, and Frida Sundemo, who sings on the track, brought her indie-pop flavours. So the sound became sort of a fusion of those things.

Could you unveil some production secrets behind this single, any plug-ins or techniques youve used?
Im a big Steve Reich fan, and the monotonous layering in Hideaway will be familiar for someone whos listened to him. Also, since I was very young, Ive always liked the type of soft pop drum playing where the drummer plays with brushes and it sounds kind of like a train. So on Hideaway that part, which in the context of a House music track functions more as a shaker/Hi-hat, is actually a real drummer playing the part live. That gives a lot of dynamic to the song, and makes it less static. Im quite into discussing production techniques and anyone interested to hear more is more than welcome to visit the Facebook page of my studio Farplane Studio.

This project features the talented Frida Sundemo. How did you guys get to know each other and how did this collaboration develop?
I consider Frida to be my music soul-mate and I really cherish when we have an opportunity to work together. We got to know each other in 2009, through Myspace (for readers born in the 90s, Myspace was a place kind of like Facebook and Soundcloud combined, where people spent a ridiculous amount of time tweaking the looks of their profile pages, which still always looked like shit). I produced an album for her at that time, and she featured on some of my songs. Then a few years passed, and we made a song called Indian Summer. Working together in a new context was really fun, so we decided to make Hideaway as well.

Aside from the original you have also included a remix by Lucas Nord. Why did you choose Lucas for the remix job and how would you describe his tracks role within the package?
To be honest, I wasn’t thinking in terms of smartness when choosing Lucas. Lucas is a really good friend, and I guess you could say I’m kind of his mentor. Lately hes developed a really cool sound (check his EP if you get a chance!) and I was just keen to see what hed do with Hideaway. His Indie sensibilities are great, so I knew he would treat the song in an interesting way, which he did!

Do you have any other projects lined up in 2015?
First up is the anime score project I mentioned earlier, then I really think its time to make some more House music. After Hideaway I feel really keen to get going!

If you could choose to work with any artist dead or alive, who would it be?
I don’t know if it qualifies as an artist precisely, but my dream is to work with a full symphony orchestra. I haven’t done that yet, but Im working to make that dream come true!

Thanks a lot Rasmus!
Thank you!!