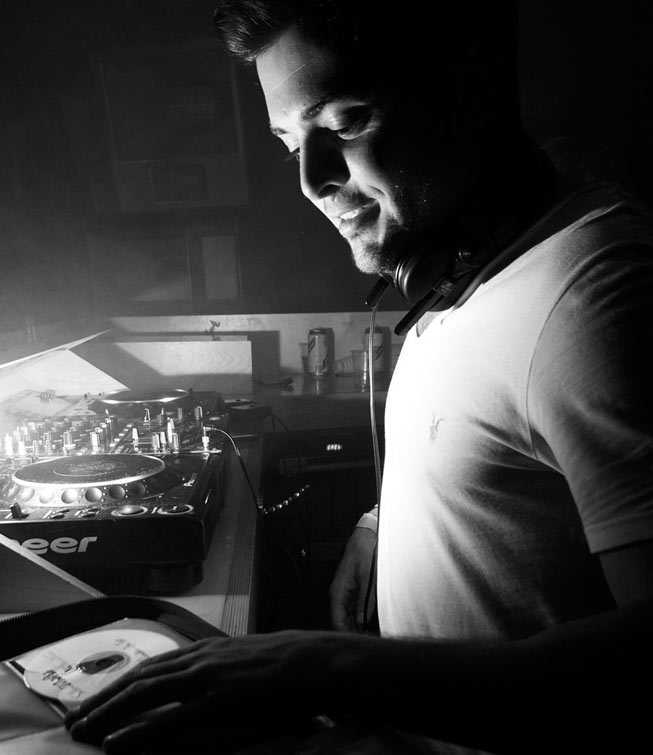 Matt Everson has wasted no time in establishing himself as a dance music force to be noticed. His diverse production range and varied DJ sets create an originality that captures the attention of a diversity of electronic music lovers. With advocates including Carl Cox, Yousef, Mark Knight, Erick Morillo, Pleasurekraft and Dubfire, it’s clear to see that Matt is capturing the attention of the right dance music champions. His quality and varied production work has reached labels such as Toolroom and Monique Spéciale, who were both charmed by Matt’s innovative production work. With a bag of new tracks ready to wreck havoc on the world’s dance floors, we caught up Matt to discuss his journey so far and what lies ahead.

Hi Matt, you’ve got a fresh offering of new material for the 2012 summer. Where do you find yourself musically at the moment?
Hola, I certainly have. Got quite a few finished unsigned tracks at the moment and plenty more in the pipeline for 2012. At the moment I can’t really pin point where I am at the moment musically as I am into so many different kinds of music, I’d love to have enough time to make it all, from nice jazz influenced piano tracks to Latin tinged tracks to house to full on techno. I’m always learning and always improving, hopefully you can see that in the tracks I’m releasing currently. At the moment I’ve been making some summery tech house tracks with open air clubs in mind then on the other side also been making some darker heavy tracks, if you imagine 4am in a club, head down fist pumping & just getting your groove on.

You’re clearly not afraid to think outside the box and move from sound to sound. Is this something that you try to do or is it natural?
It’s natural as I say I love all types of music, well apart from all that cheesy crap that‘s taking over the charts and these poor, naïve, easily influenced minds of this new wave of clubbers coming through. I play a lot of sets from warm up to main sets to closing sets, so I like to make music that I could play in any club I DJ at & in any set time I play. I have some really good bass driven house I’m currently working on, but also some full on techno then some Latin influenced tech house. I tend to work on a number of tracks at the same time, keeps my mind from going stale on one track and keeps things fresh.

You’ve recently unwrapped three new tracks: Colie Addict, Kerfuffle and Ours Jean – can you talk us through the thought process in putting these together?
Kerfuffle & Ours Jean were made first. I love Steve Lawler, Guti & Davide Squillace the way they use percussion in their tracks & how it sounds in clubs, so I wanted to do a an EP with my love of percussion. 2nd track of my EP Ours Jean, which incidentally was named after my Corsican Grandad, called Ours Jean. Its a Old Corsican name meaning, Bear John! With this I was going for a summery feel to the track, think dancing in the sun, heat beating down on your body, cool air of the fan flowing in your hair, shades on, not a care in the world. Like you’ve probably noticed in these tracks I love percussion, so had hits bouncing off each other and the bass with the marimba and other clever noises floating about.

First track off my EP Kerfuffle, nice bass heavy track with a lot of percussion and crazy fills & drops, sounds so heavy and big on a sound system in a club! Nice fun track with a lot of groove to it, think DC10 environment everyone loving life grooving around, hands up cheering when the big builds and drops come their way, then straight back into a big fat beat and bass Now Colie Addict was made for the darker later sets i get to play, nice upbeat rolling dark techno. I named it for my girlfriend as she love the techno & is the one girl I know that is so into her music, she knows more than I do and just immerses herself into it. This track is a proper head down no idle chit chat just pure fist pumping and grooving! I love percussion and bits bouncing off each other with a nice rolling bass and lots of drops. I love drops in tracks in clubs as everyone just throws their hands up in the air and carries on smashing it.

Every time I make a tune, I try and envisage the way the crowd would react to it in a club.

If you had to write your musical biography in a short paragraph, how would it read?
Always learning, always trying to think outside the box and if I don’t get it right the first time, I’ll be more than sure to smash it the following time. I’m having fun with what I’m doing and I think you can see that with the stuff that’s coming through and will come through in the next few months.

What do you have lined up for the rest of the year?
Plenty more studio action, would love to do some collabs with producers I look up to, so fingers crossed for that. Got lots of gigs planned, some big ones, but cant just say yet. I’ll also be headlining at Aura in Cardiff at Subversive, a underground club solely dedicated to underground house & techno. So really excited to play there, I’ve heard reports that its full of proper up for it crowd who love there music and are there from start to finish! Just what the doctor ordered.

If you could change one thing about the UK from a music perspective, what would it be and why?
What we where talking about before, all the cheesy chart EDM crap that’s out at the minute, that a lot of the new age of clubbers are listening to. In the words on Eric Cartman, this music is “warped their fragile little minds”. However once they realise this is just utter nonsense, they will discover the beauty and wonder of real house music, real techno & all the excitement that goes with it.

Where do you think the electronic music world is heading in coming years?
In our scene its getting stronger and stronger by the day, more and more people are listening to it from an early age, I know my cousin who is 7 loves this kind of music. Its great! Like I said the people who listen to the cheesy stuff now, will eventually discover where it really lies. So much fun to be had at the moment and will continue for a long time.

Enjoy Summer get to festivals or go abroad to listen to all these iconic DJs we have and all the talent we have on the scene & if you can’t do, just submerse yourself in the music!