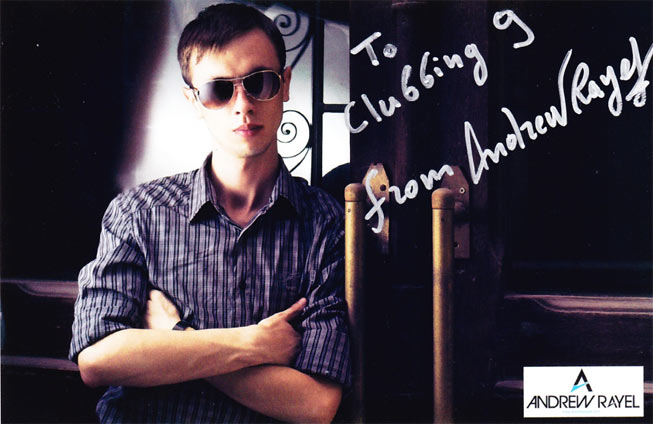 This is an EXCLUSIVE DJ interview with Andrew Rayel, who ranked #77 in DJ Mag Top 100 2012. Andrew Rayel will be celebrating the New Year’s Eve with Malaysian clubbers to usher in 2013 at TWELVE 13 at KL Tower.

How did you get into DJ-ing?
Well, I started kind of different. I started as a producer and then at one period of time I started to realize I have to teach myself how to represent my music. bigger event started DJ-ing in the clubs and then on bigger events. So that’s how I became a DJ.

What goes through your mind for TWELVE 13?
Well… What goes through my mind… I hope the crowd going to enjoy my music because I’m going to play some exclusive stuff. I’m always nervous when I played something new. How people going to react.

So we can expect new tracks from you tomorrow?
Yes. I’m going to play some new stuff. One original track and one remix. I just finished it before I come here. I’m a bit nervous because I don’t know how people going to react.

What is your favourite dessert?
I don’t really have actually but I always like something from chocolate.

What is the coolest venue you played so far?
The coolest venue was I think in Russia. It is not about the venue but the people were very responsive to my set. There were around 1000 people I think. It is a middle size club and they just went crazy on every track that I’ve played. The crazy event I had this year. I think TWELVE will be even better!

Have you travelled to an Asian country before?
I’ve travelled only to India. It is actually my big tour. In India, I played in three cities. New Delhi, Hyderabad and Pune.

Have you anything to say more what is important to our Clubbing9ine.com readers before we end this interview, anything else you’d like to add?
Keep on listening and believe in music. Not only electronic but music in general because it makes our life easier. To those guys who want to do music or producing, never do it for any reason. Just do it because you want to.