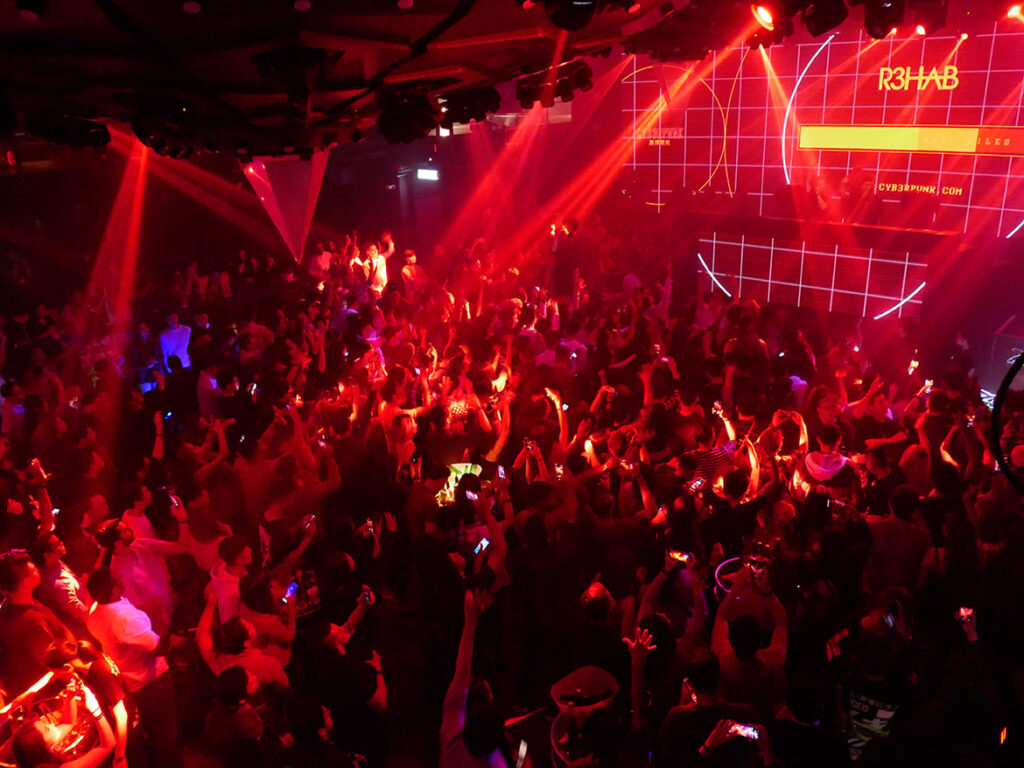 Genting Highlands, 19th May 2019 – The capital of entertainment in Malaysia, Resorts World Genting officially added another feather to their cap today with the grand opening of Zouk Genting. Tens of thousands of visitors took advantage of the long weekend to make a trip up to the resort for the party of a lifetime. The nightlife venue was masterminded by the nightlife experts behind Zouk Singapore, voted as the best club in Asia for the last 10 years by industry bible DJ Mag. Zouk Genting promises a complete experience with the Zouk Genting main stage, hip-hop club Empire by Zouk, gaming bar RedTail by Zouk, RedTail Karaoke and upcoming vibe dining restaurant FUHU Restaurant & Bar all in over 35,000 square feet of space.
Long lines formed outside the club ahead of its opening hours and officiating the ribbon cutting event was Mr Hui Lim, Deputy Chief Executive and Executive Director of Genting Malaysia Berhad; Mr Andrew Li, CEO of Zouk Group; Mr Lee Thiam Kit, Head of Business Operations & Strategies; Dato’ Edward Holloway, Executive Vice President of Leisure and Hospitality and Joseph Ryan, Director of Special Projects and General Manager of Zouk Genting.


The night was off to a roaring start with special lion dance march of four lions lit with LEDs from the entrance of Zouk that set the mood. The Lions then ushered everyone into the club where Andrew Li, Dato’ Edward Holloway and Joseph Ryan welcomed the crowd with short speeches followed by a two-minute video that showed the behind-the-scenes footage of the making of Zouk.
“28 years is how long Zouk has been creating experiences for legions of fans in Malaysia and Singapore and we are changing the way to eat, drink, play and even sleep soon. We are very proud to be part of Resorts World Genting. We are on our way to making Zouk a global lifestyle brand and our proudest accomplishment is our guests having an emotional connection with the brand which takes a long time to achieve,’ said Andrew Li during his opening speech.
Travelling to Genting Highlands? Check out our Genting travel guide for a list of attractions, activities & things to do.
Dato’ Edward Holloway elaborated, “You’ve never seen Resorts World Genting like this before, we did not have to go far to find the best lifestyle brand in Asia. There was no doubt that the brand was Zouk who have shown everyone what it is like to run a proper club for lifestyle and entertainment.” 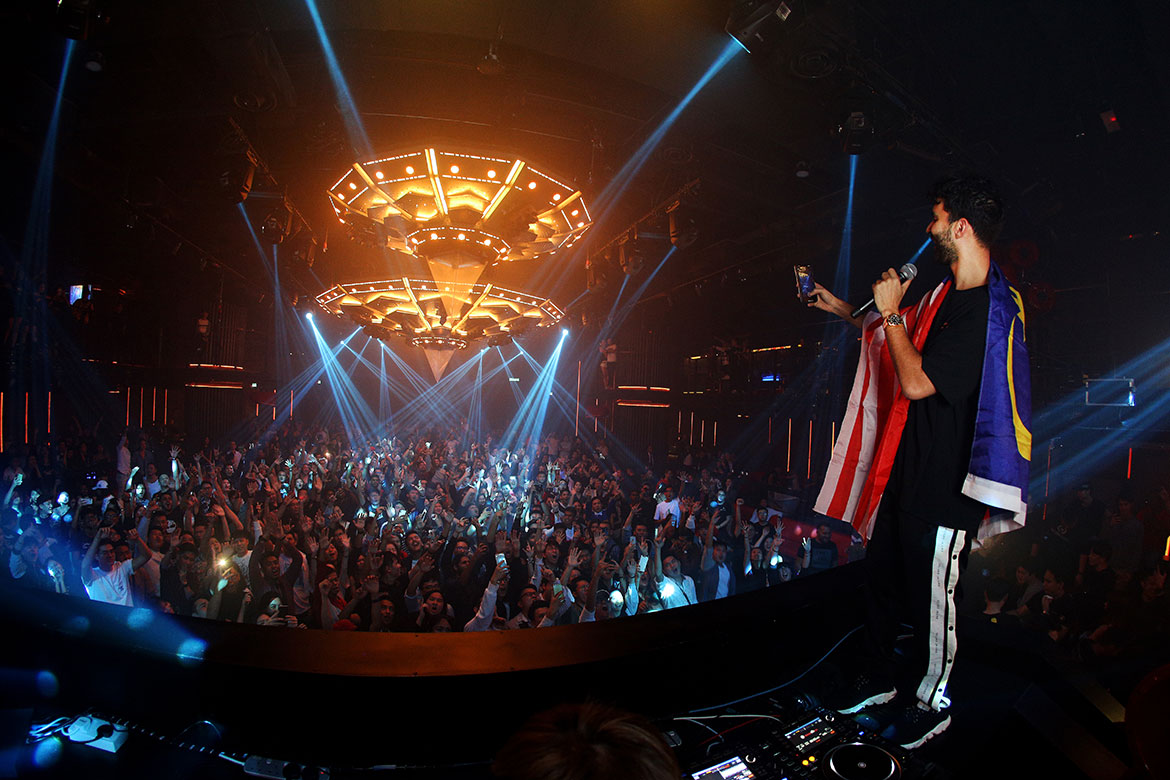 R3HAB wowed the crowd during his two-hour long set that kept the party going until 3.00am. Partygoers vibed to one of the world’s best DJs who is also known for his talents as a record producer and remixer at Zouk Genting who was on hand as the main act for the grand opening. Dutch-Moroccan talent Fadil El Ghoul, better known as R3HAB has been hailed by the likes of Forbes and Billboard Magazine as the future of his craft with past hits such as ‘Pump The Party’ and ‘Prutata’ with Afrojack. Before starting his set, he said, “I love visiting Malaysia and I’ve been playing here since 2011. Zouk is also known to have a dedicated fan base. It’s great to be here because the weather downtown is hot but as you make the drive up it gets nice and cold.”
With Zouk being the training ground of many local DJs, heading the opening set was Malaysian-born talents BATE who have always showcased high energy sets at major events and festivals across the region, including Future Music Festival Asia, Zouk Out, and the much talked about ‘Asia’s Largest Festival at Sea’: It’s TheShip. To date, BATE has performed in Melbourne, Seoul, Bangkok, and Singapore, and has supported the likes of Calvin Harris, Dua Lipa, Tiesto, Zedd, and Deadmau5 on tour. Bate have had the pleasure of playing Zouk Genting already and stated, “Zouk Genting feels like a home to us due to the energy, the state of the art sound and lighting system combined with a great team.”

Heading that team is General Manager Joseph Ryan who celebrated the launch thoroughly following two years hard work designing, curating and planning the venue: “This is an auspicious night two years in the making. We’ve set the standard of staying ahead of the game amongst other clubs. I hope that visitors here will get goosebumps at the experiential overload we have designed and constructed within Zouk Genting, entertaining all of your senses with state-of-the-art lighting and sound technology set to blow your mind. It is the latest piece within the fully interactive Zouk Atrium where you can enjoy a complete evening of fun from start to finish in any of our five outlets. In the coming months, get set to party further with more top 100 DJs coming our way.”
The main space of Zouk Genting holds up to 1200 partygoers that will be illuminated by an ecstatic blend of music and pyrotechnics. Three ‘Motherships’ which look as if they are out of this world designed by global leaders in their field, LEDsCONTROL light up the club in multicoloured lights and reflect upon the 30 galaxy-patterned topped tables below and the dance floor. The brand has previously worked with renowned nightclub brands like Amnesia and Space Ibiza. The state-of-the-art sound system by The Void flows seamlessly together with the 54 x 20 square feet LED screen to set the atmosphere of the club. On the ceiling are CO2 canisters, infinite lasers, over 1,000 LED lights and a flame unit which will be used for live performances and acrobatic aerialists.
For a drink or two, three bars are spread throughout the bars whilst bottles can be ordered at tables and delivered in mere minutes. Those looking for a private but lavish party can head upstairs to one of the two Capital suites. The walls are decked with colourful prints which are a specially commissioned set of works for Zouk Genting by artist Andre Tan who has seamlessly intertwined his distinct style of bold colours and aesthetics into his art featuring the Zouk mascots.
Zouk Genting is located on Level G, SkyAvenue, Resorts World Genting. The Zouk Genting main stage operates every Friday, Saturday, and Eve of Public Holidays from 11pm-5am. Entrants to the club must be 21 years old and above. For table reservations, call +6019-390 3738. Limousine services are available at the counter.
You might also like
Related Posts

Zouk Genting Announces Grand Opening May 19 with R3HAB and BATE