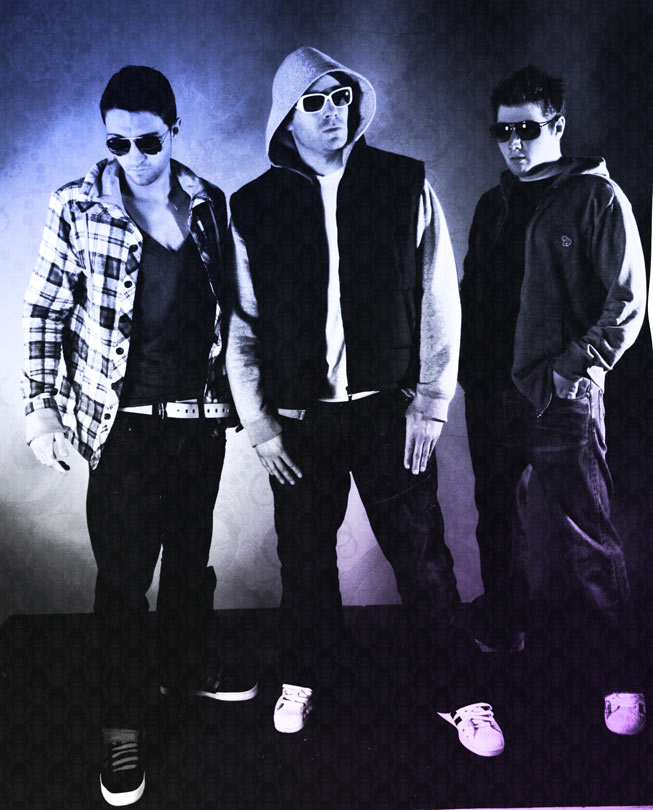 The titanic trio have shot into the spotlight in 2012 as a result of a mountain of hard work, some serious studio hours and bags of technical and creative talent. They’ve had a summer to remember following a surge in interest of everything that they touch. From originals and remixes, to radio and a label, the sound of the bears is invading dance floors, radios and iPods right around the world.

Every man and his dog might be a DJ and producer in 2012, but the Futuristic Polar Bears are screaming ahead of the competition, leaving a trail of snow in their tracks. We caught up with the bears to find out what’s lined up for the rest of the year for the ever-growing outfit.

There’s plenty to talk about looking back at the summer for you guys this year. What have been your highlights?
There’s a couple of things that stand out for us, one being BBC Radio 1 premiering the first track of our new main-room sound and secondly Big Beach Boutique 5 with Fatboy Slim dropping our remix collab of “Get Naked” to a packed Amex stadium. Keep a look out for the DVD and album featuring our version of “Get Naked” coming out in November.

Earlier in the summer you spoke of a planned change of direction for your production work, how is this materialising?
Yeah it’s going really well, we’re working with some great labels and have been busy in the studio working with some amazing talent including Steve Edwards, Antranig, Polina Griffith, Danny Howard and Kryder.

You’ve been running a competition for upcoming DJs with the winner getting a slot on your radio show and there’s also a noticeable presence of highly-rated up and comers on Polar Bear Music at the moment. Do you think it’s important for DJs to work on future stars?
There’s some amazing talent out there and we have been fortunate to work with some great people on the label. Our new sampler will be dropping next month in time for ADE. It really highlights that with amazing music from Peter Brown, Tetchy, Dache & Shaw and a very good friend of ours – Mr Jay C.

Who have been your favourite guests on the show this year?
We’ve been so lucky to have some amazing guests on the show, the ones that stand out for us were Swanky Tune’s mix which was really euphoric and then Prok & Fitch’s, which was groovy and wanted to make you dance. It’s great being able to diversify
every week into different sounds. We love it!

Is there any news on future guests for the radio show?
We’ve got Kryder coming up as well as Disfunktion and we’re working on a special guest for our ADE feature show next month.

Your bootlegs have been incredibly well received this year. Are there plans for more of the same lined up?
At the moment nothing is planned but we do have a couple of ideas. We’ll definitely have one out before the end of the year.

You’ve been working on a sample pack for Loopmasters. How have you found the process compared to working on your own tracks?
It’s been an exciting process but also at times very difficult. We want the pack to reflect our sound and at the same time have a few things in there that are different from the norm. It’s definitely made us better producers for doing it.

You’ve had some recent releases with the likes of My Digital Enemy on Zulu Records. Are there any other collaborative projects with other artists and labels planned for the near future?
We’re just waiting for release dates on two of our latest collabs. We did a track with legendary vocalist Angie Brown that’s forthcoming on Pacha Records and over the summer we completed a record with Peter Brown. That’s set for release on one of our favourite house labels Milk & Sugar.

Some producers and DJs say their sound changes with the seasons. Is this true of you guys?
Our sound is always evolving, we’re very fortunate to be surrounded by many influences and different sounds working in the music industry and playing around the world. It’s great experimenting with new sounds and ideas.

Finally do you have any announcements not mentioned or shout outs?
Keep a look out for our latest tour dates on our Facebook page with confirmed dates in Cardiff, Brighton, Amsterdam, South Korea and Secret Party Project’s legendary Halloween Party at Hampton Castle.