Resorts World Genting welcomes 2019 with its’ most remarkable show yet

Guests were treated to an amazing pyrotechnics and fireworks show, as Zouk Genting offered a sneak peak with a New Year’s Eve Party

Genting Highlands, 26th December 2018 – Bidding 2018 adieu, Resorts World Genting sets foot into the New Year with a burst of colors in the air with the annual fireworks show. This New Year’s Eve, Resorts World Genting took it up a notch by featuring a massive fireworks show followed by astonishing pyrotechnic displays continued by a synchronised display. The countdown that began at 11.59pm on New Year’s Eve, saw the attendance of over 100 thousand people from all walks of life gathered to welcome the New Year with a show that was visible from miles around. As the clock striked 12 and the crowd chorused Happy New Year, an array of red, blue, green, yellow and purple painted the sky making everyone around watch in awe as the fireworks shoot straight up before exploding into a willow and shattering into a thousand sparks. It was followed by several other explosions that glittered in the clear midnight sky. 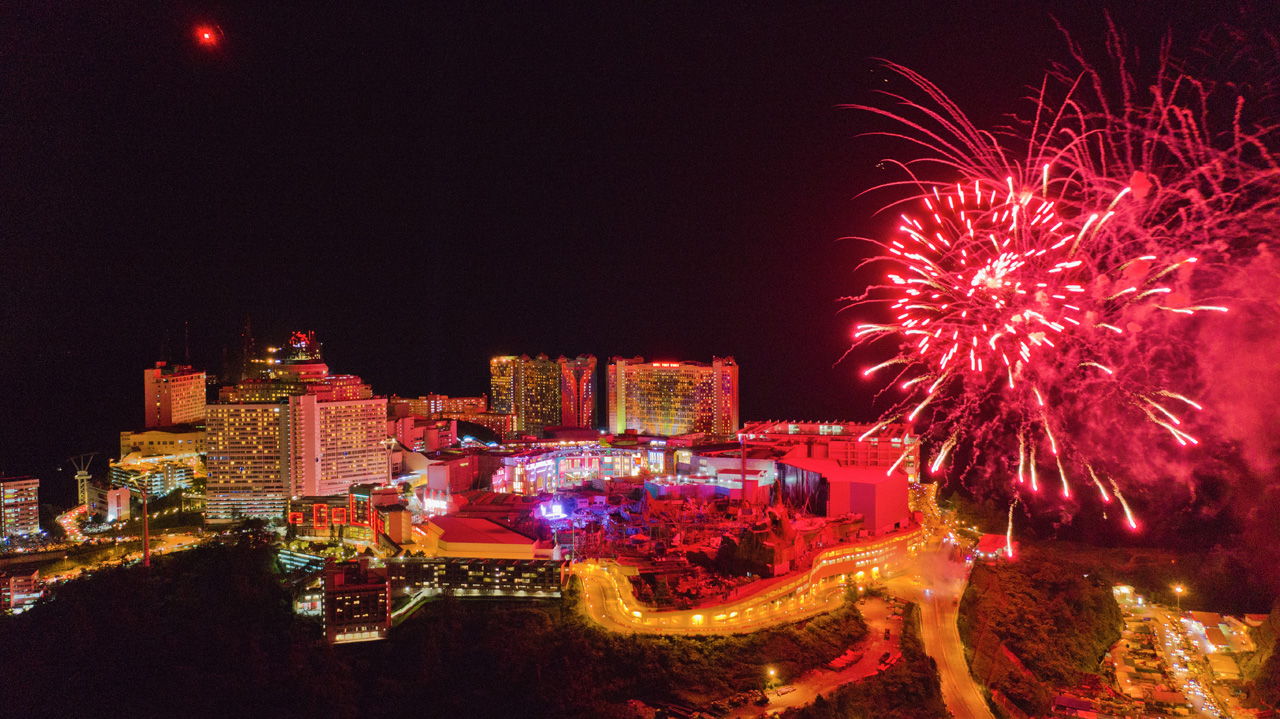 One of the main highlights of this years’ fireworks show is the pyrotechnic as well as the synchronised display. It created a dramatic effect and added an element of surprise to the usual fireworks show. With glimmering eyes, the audience merrily cheered while watching the sparks fly. The Park Avenue Lounge in SkyAvenue not only had a spectacular view, but also the best experience for the fireworks show. Guests were seen mingling around, enjoying canapés and sipping champagne while enjoying the atmosphere. Besides the Park Avenue Lounge, High Line Rooftop Market and the SkyAvenue outdoor open deck area also had an amazing view of the 7-minute show. As music blasted in the background, people danced and cheered for the beginning of a new chapter. The gathering was one of celebration, peace, unity and hope for the wonderful year ahead. 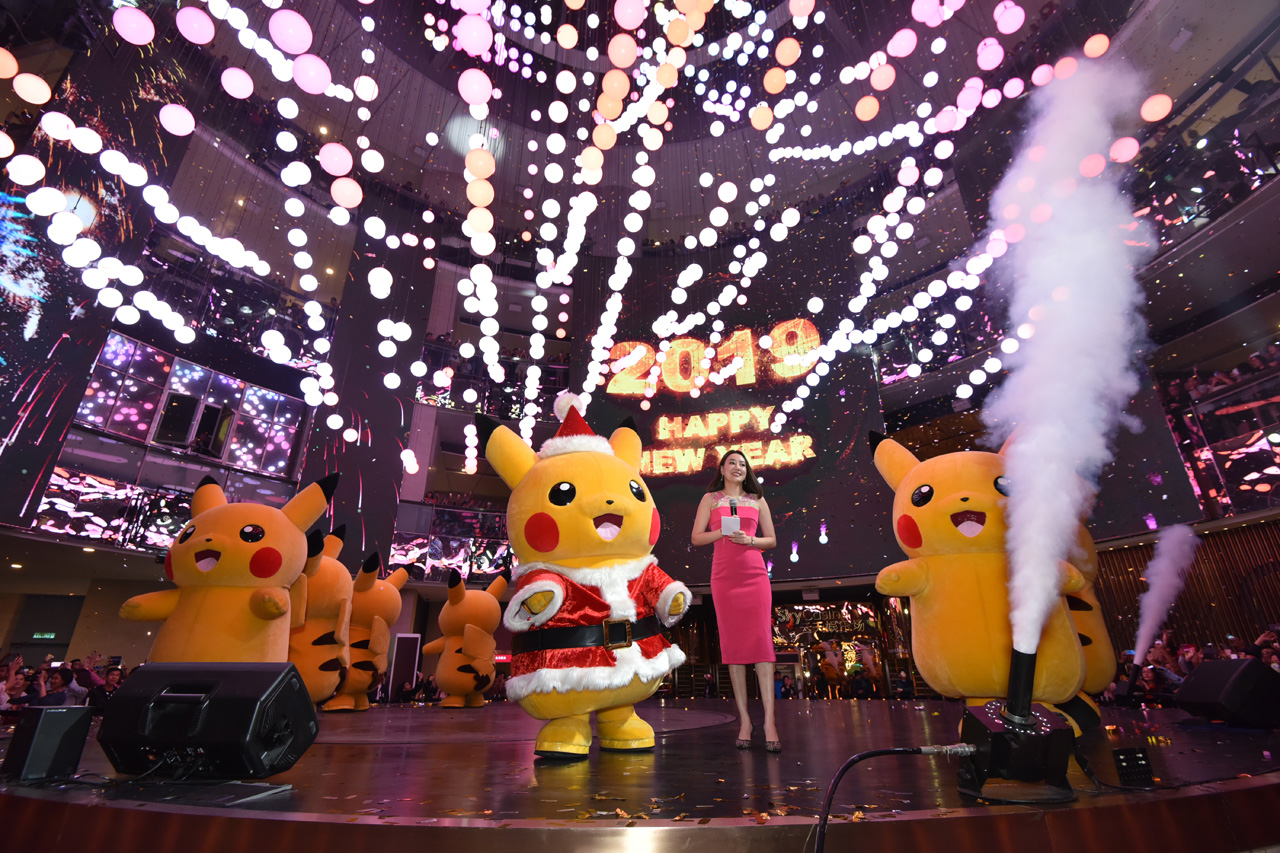 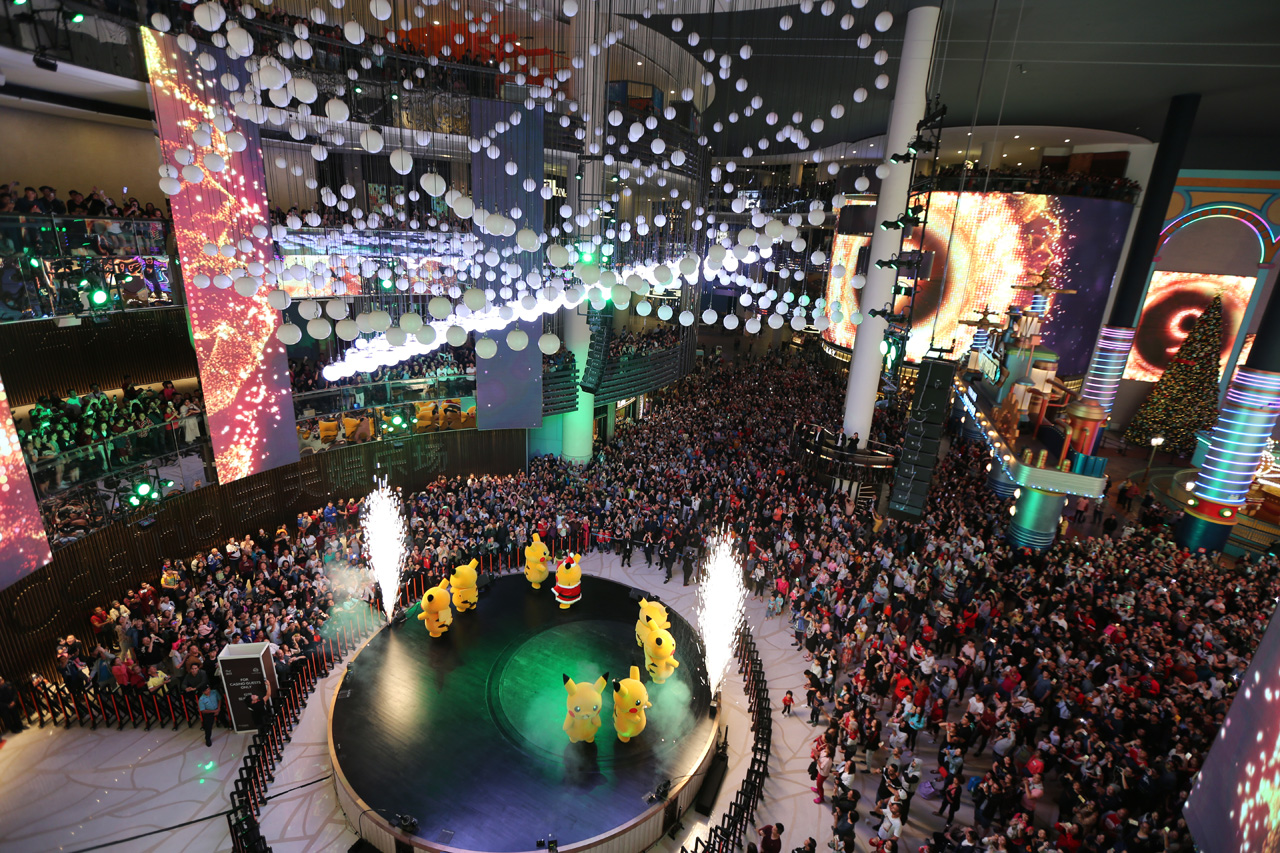 As part of the ongoing Genting Pokémon Festival, Pokémon enthusiasts and families with children capped the night off at the most adorable countdown in town, featuring a special appearance by life-sized Pikachu! The all-dancing Pikachu troupe lined up in a parade and performed the most exciting Pikachu dance led by a vibrant host at the SkySymphony stage, Level 1 of SkyAvenue mall. Charmed by their cuteness, almost the entire audience had their phones out attempting to record the Pikachu and running after them during the parade.

Guests were seen milling around throughout the Resort on New Year’s Eve, especially the Skytropolis Funland. It was packed with people waiting to experience the new rides and attractions since the operating hours had been extended until New Year’s Day. Similarly, the skyway was crowded with people arriving to watch the fireworks and begin the New Year on a positive note. There were also various dining specials offered for guests, such as the dinner at LTITUDE, a destination for those with fine taste, from skilfully crafted starters right down to the divine dessert, or a full-course meal featuring the roasted turkey and grilled wagyu beef at Flavours. 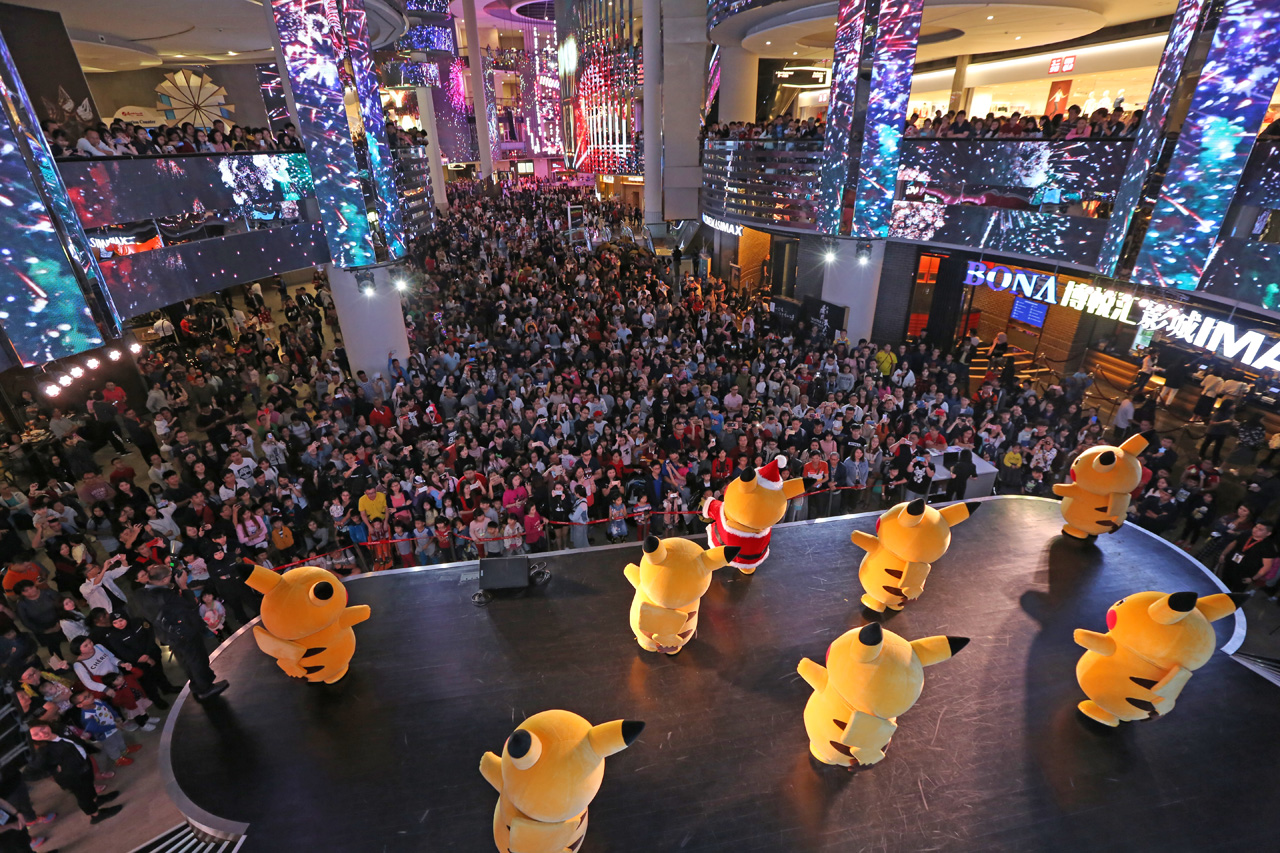 The fireworks may have been the highlight, however, for those looking forward to a few toasts and a twirl on the dance floor with friends, Resorts World Genting offered plenty of options for guests to party all night leading up to the New Year and party all day after. Zouk Genting offered clubbers an exclusive sneak peak to the latest nightlife destination by Asia’s largest superclub. Special guest, DJ Che Molly from Zouk Singapore turned the heat up on the decks with (EDM, her own favourite mixes, and underground sounds of House and Techno). The new club was filled with energetic party-goers that drank and danced the night away.

Besides Zouk, there were plenty of other locations that guests were able to let loose and party hard too. Cloud 9, located at the lower lobby floor of Genting Grand, had organized a grand White & Blue New Year Party. To match the theme of the party, many were seen wearing white and blue. At Genting Club, bands and dancers were there to further the merrymaking during countdown. Those who preferred altitude partied the night away at High Line at SkyAvenue mall, with limber dancer, live band NRG, and house DJs that were spinning until 2am. It was truly a one-of-a-kind experience to all those in attendance!